"While the infected person may be asked to volunteer, the government makes it clear that people can be forcibly quarantined."

I can hear the jackboots marching...

More hysteria over the flu. Coronavirus deserves a chapter in an updated edition of "Extraordinary Popular Delusions and The Madness of Crowds."

Only idiots would trust a democrat in control. Democrats want control and are dictatorial. Remove them from office.

Ohhhh so that's the reason they don't want people to find out that this less-dangerous-than-the-flu virus has many known cures. The Plan-Demic! A declaration of war against the public.

FEMA CAMPS TO RE-OPEN FOR ANYONE WHO GETS COVID, EVEN IF THEY ARE IMMUNE/SHOW NO SYMPTOMS!? Re: Next up for Americans in pandemic: 'Isolation camps' Health officers will sign 'detention order' if 'you do not comply with this request'

Written order shows state falsely claiming 'isolation camps' are 'voluntary' - Health officers will sign 'detention order' if 'you do not comply with this request:' A Washington state lawmaker is alerting citizens to "isolation camps" set up in his state and others to house people who become infected with COVID-19, warning that contrary to the conventional narrative, they are not voluntary.

State Republican Rep. Matt Shea of the Spokane area in eastern Washington, explained in a video interview with The New American magazine that the camps are part of Democratic Gov. Jay Inslee's policy of contract tracing, which has been implemented by many states. He explained that the tracers visit people who may have been infected and advise them they can isolate at a center to protect other members of their household.

While the infected person may be asked to volunteer, the government makes it clear that people can be forcibly quarantined, Shea pointed out. He read a line from a form that local health officers are to present to someone who is infected. It says: "If you do not comply with this request for voluntary quarantine I may/will sign a detention order, enforced by the police, to ensure your compliance."

NATURALLY, MILLIONS OF PEOPLE GOT THIS BUG AND JUST AS QUICKLY GOT OVER IT - BUT SURE, LET'S PACK THEM OFF TO AUSCHWITZ ANYWAY!

So instead of shunting the timeline into clownworld, turning on the LHC actually shunted us into the plot of Deus Ex. I was recently asked by a traveler at a gas station on a Washington state highway that has a pass to Eastern Washington if I knew anything about the State Patrol checkpoint on the pass where they were asking people where they were going and why. That was the first I heard of it. 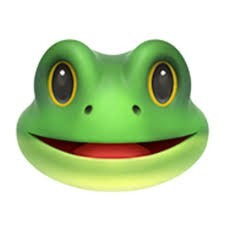 Are the camps near rail road stations. Follow the arrows all the way to the box cars. Covid is training the sheeple to follow the arrows. We all know where they lead to eventually

Work will set you free.