Asleep in his car, police woke him and created a reason to kill him: sleeping while Black
news.yahoo.com
Luke Stewart was asleep in his car when cops approached him, and then killed him. Why "qualified immunity" prevents his family from receiving justice.
1
Dissent
0
8 comments
8 comments

And we need to change all of the laws to make it so every pissed off hoodrat can file a nuisance lawsuit every time a cop tries to interfere with their hoodrat bullshit.

Yeah there has to be more to this story. There always is from Trevon Martin to Armand Arbery to Breonna Taylor to George Floyd shit never goes down the way the fake news media says it does. 13% of the population does commit 52 - 56% of the violent crime. Piss off with this race baiting bullshit. 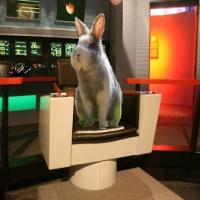 Rabbit
a month ago

Lots of holes in this story, and to be fair to the white people, it sounds like the same old black pride shit that gets many African Americans into trouble with the law.

Example. I know this brother, and he is a good person for all practical purposes, but when it comes to that Pride, well here is the story. He was stopped by Police once and misidentified. He has sketchy brothers that have in the past used his identity (and ID) to mislead Police. Now instead of telling the Officer that, he goes into Black Pride Mode! "No I'm Not!" he says. "You have the wrong person" he says. The Officer asks him for ID, but he refuses to show it, and keeps telling the Police in the snarky sort of manner, "You got the wrong person - I told you already!" So the Officer sites him. He goes to Court and starts treating the Judge in like manner, "I'm not the person you're looking for." "The Officer should have know better." Shit like that. Instead of just telling the Officer, and the Judge about past issues with his family members using his ID to past blame on him. So he got a $1200 fine for contempt of Court. I told my brother, "All that and $1200 too! You should have just showed the cop your ID." My brother is still proud about that like he knew he was right and that is all that matters. Too bad not everyone is a mind reader also! There is a lot of distrust within African-American families which brings about lies and deceptions, and I think they do this as a defense mechanism, because they are scared to lose what they now have.

Bullshit. Just not believing the MSM stories like this anymore. We've been through Smollett and Floyd crying wolf and lying too many times.