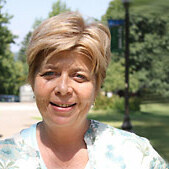 Seaforde1
@Seaforde1
discussions
9
replies
2
Prince Philip: Royal fans and Windsor locals turn out to pay tribute, despite Covid
www.nbcnews.com
Despite being told to stay home due to Covid-19, many ignored advice and flocked to Windsor Castle to pay their final respects during Prince Philip's funeral.
0
Dissent
0
3 comments

Screw off NBC. Have some respect. If you don't know what that is, look it up in the dictionary.

0
loading...
Trump was supposed to be a political Godzilla in exile. Instead, he’s adrift. - POLITICO
www.politico.com
Even allies say the president is lacking an apparatus and direction as he sorts out just what he wants to do in his post-presidency.
0
Dissent
6
14 comments

What the fuck is wrong with you. You got no other crap propaganda that you can talk about. Private citizens. Free to do as they want. Leave them the fuck alone. Why don't you report on Biden 70+ executive order in 100 days with no press conference or questions. Dictator scenario. Why don't report on that.

Ah heck, they are going after Dr. Suess too. I think we need to reinstate those big mental health hospitals that we used to have. A bunch of mental health cases.

1
loading...
Dominion Voting Systems takes out ad on conservative radio - POLITICO
www.politico.com
The election technology supplier, targeted by Trump and his allies, is competing for a voting machines contract in Louisiana.
0
Dissent
0
1 comment

There is NO REASON EVER that the USA should programmable software or wifi connections on our voting machines. This is absolutely ridiculous. 100% ridiculous.

0
loading...
Texas Republican hypocrisy over federal aid is nothing new – ask Flyin' Ted Cruz
news.yahoo.com
After Hurricane Sandy, the senator opposed relief for New York and New Jersey. It’s one rule for Texas, another for the rest of usRobert Reich: Texas freeze shows chilling truth about the rich Ted Cruz speaks on Capitol Hill. Photograph: Olivier Douliery/AFP/Getty Images Texas has been hit by a disaster of its own making and its Republican office holders expect the rest of the US to pay to clean up the mess. To quote Dana Bash of CNN questioning Michael McCaul, a veteran GOP congressman, on Sunday: “That’s kind of rich, don’t you think?” For all of their bravado and anti-government rhetoric, in the aftermath of calamities like last week’s deep freeze Lone Star Republicans make a habit of passing the plate. Their suffering is ours too. But when the shoe is on the other foot, they begrudge kindness to others. Said differently, Ted Cruz is merely a grotesque illustration, not an exception. Take a walk down memory lane. In October 2012, Hurricane Sandy hammered New York and New Jersey. As the north-east reeled, Texas Republicans stood back, treating the region as if it were another country. As if the civil war had not ended. After the turn of the year, Cruz, his fellow senator John Cornyn and 23 of two dozen Texas Republicans in the House gave a thumbs down to Sandy aid. Less reflexively hostile heads prevailed. The relief bill cleared Congress. But the GOP’s Texans had left their mark. Peter King, then a Republican representative from Long Island, understood malice and stupidity when he saw it. He called for a halt to donations to Republicans who opposed rescuing sister states. “These Republicans have no problem finding New York when they’re out raising millions of dollars,” King said. “What they did last night was put a knife in the back of New Yorkers and New Jerseyans. It was an absolute disgrace.” Ted Cruz is nothing if not performative, ever Janus-faced But Cruz in particular is nothing if not performative, ever Janus-faced. After Hurricane Harvey slammed Houston in 2017, he offered this explanation for his vote four years earlier: Sandy relief had become “a $50bn bill that was filled with unrelated pork”. Cruz also intoned: “What I said then and still believe now is that it’s not right for politicians to exploit a disaster when people are hurting to pay for their own political wishlist.” Other than possibly Cruz’s long-suffering wife, it is unclear whether anyone believed Flyin’ Ted even then. Cruz may have flown home alone, leaving his family in Cancún, but he is not alone among Texas Republicans in hating Blue America. He is just the most notorious. Unlike congressman Louie Gohmert, Cruz went to Princeton and Harvard. He should and likely does know better. In 2019, as part of Donald Trump’s overhaul of the tax laws, Kevin Brady, a Texan then chair of the House ways and means committee, virtually eliminated the deductibility of state and local taxes from federal tax returns, in order to pay for an upper-bracket and corporate giveaway. New York and New Jersey are still feeling the bite. Under Trump, the economy failed to pass 3% growth annually and a much-touted manufacturing renaissance failed to appear. Covid made a bad situation worse. And now, lo and behold, Texas is forced, cap in hand, to pucker up to a Democratic House, Senate and White House. Senator Chuck Schumer, the majority leader and a native of Brooklyn, must be suppressing a smile. To be sure, the federal government and Congress must help Texas. No ifs, ands or buts. Joe Biden is treating the state a whole lot better than Trump did Puerto Rico. That’s a good thing. Innocent lives have been lost and upended in the name of retrograde ideology masked as policy. Real people, families and business have been destroyed. Climate change denial comes with a high human cost. Standing apart from the national electric grid isn’t independence. It is a death wish by another name. Confederacy 2.0. Alexander Stephens, vice-president of the breakaway states, summed up this attitude in 1861: “If Charleston harbor needs improvement, let the commerce of Charleston bear the burden. If the mouth of the Savannah River has to be cleared out, let the sea-going navigation which is benefited by it, bear the burden.” Sounds familiar? Other than when it came to repelling Abraham Lincoln, the Confederacy was not a mutual assistance pact. Before this latest manmade debacle, Republicans were dreaming of drowning government in a bathtub. Hopefully, in Texas that may change.
0
Dissent
0
1 comment

More BS propaganda. Big Tech really sucks. This doesn't look like a nightmare to me. Cases down over 50% and hospitalizations down by 33% already. Yahoo, what happened to you. When you came out, in the 90s you fought for people, not political propaganda. You suck now. You lie.

1
loading...
Impeach an Ex-President? The Founders Were Clear: That’s How They Wanted It - POLITICO
www.politico.com
The Trump legal team is getting history wrong—and, oddly, the Senate GOP just voted against their own legal philosophy.
0
Dissent
3
3 comments

Politico is sociopath 5 year old. All the nonsense about Englad is BS. America had broke with England. Politico puts the constitution more in line with Communist China government policy. The constitution is clear. Impeachment is meant to be a check and balance on branches of government, not a trial service for a private citizen. These congress member should be arrested. https://www.newscenter1.tv/rounds-says-impeachment-trial-of-former-president-is-unconstitutional/

Ah, yea, their eyes are closer together. They smell different right. I've heard all this crap already between protestants and catholics. All BS

Toomey doesn't even show up for votes for years unless he forced to. He collects a paycheck, that's it. Establishment bought and paid politician.