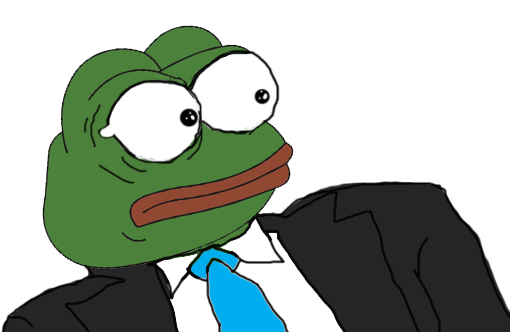 Boogeyman
@Boogeyman
How did it all come down to this?
discussions
530
replies
68
The Downfall of Conservatism, Inc. | Human Events
humanevents.com
How Donald J. Trump made me rethink my Republican heroes.
1
Dissent
0
8 comments

99.9% of Republican politicians and "conservative" talking heads are nothing more than tamed and controlled opposition. They are the Washington Generals to the Democrat's Harlem Globetrotters. They are never, ever, meant to actually win.

Instead their job is to provide the illusion the left has some great obstacle to over come, a monster it must continually slay in order to achieve their glorious revolution. Without the bestial conservatives to focus the hate of left, energize them, and rally them to the polls, the Democrat party would split along its natural fault lines. People like Kristol and Will, French and Goldberg play their part well, and they've been rewarded with a comfortable lifestyle, as well as a limited amount of respect and notoriety. Being a palace eunuch may cost you your manhood, but hey, at least you get to live in the palace.

Palace eunuchs get upset when you overthrow their world. They not only lose their cushy jobs, but it exposes their lack of manhood for all the world to see. The last thing a house slave wants is to be set free and cast out into the world, a cold and threatening place where they will be expected to work and fight like other men.

Death to Conservative Inc. May the word and label conservative be a curse in every mouth. Be a nationalist, a populist, a traditionalist, be part of the dissident right, be a neo-reactionary, hell, be on the alt-right even if you have to, but for the love of God, country, and your own self respect, don't be a thrice damned conservative!

1
loading...
Trump’s Best Option for Avoiding Impeachment: An Apology | National Review
www.nationalreview.com
Contrition doesn’t come easy for Trump and would be embarrassing for him and his media cheerleaders. But it would also give Republican candidates a rationale for opposing impeachment that they could sell.
1
Dissent
1
11 comments

Yet another nugget of priceless advice from the fedora and bow tie brigade. Sweet Jesus, have these people ever been right about anything? Have they ever won anything? Have these "conservatives" actually conserved anything beyond their own bloated sense of self importance? Did they ever win a school yard fight, or did they just let bullies shove them into lockers all the way into their senior year of high school?

The left isn't interested in your reasoned debate and genteel etiquette. Any apology to them will be taken as an admission of guilt, then used as a club to beat you to death. For them it is total war, endless war, war to the knife, and the knife to the hilt. If they are not beaten they will erase everything even remotely American. That includes everything Conservative Inc claims to love. To talk and act like they do means they are either too stupid to get this, or they cherish good manners more than any of the American values they prattle on about.

Whatever the case, these chattering Conservative Inc grifters and war mongering neo-cons can all go piss up a rope while facing into a stiff wind. They are worse than useless. They are a millstone around the necks of the right. Long live the American people, long live the dissident right, long live the fighters!

0
loading...
/entertainment/article/Global-Warming-Will-Drown-Bangkok-Shanghai-14572216.php
m.newstimes.com
(no page preview available for this URL)

No ... no it wont. No matter how many times you say it's going to happen, you can't lie and wish something into being.

I love it when grandma tells me fairy tales. Tell us another one Pocahontas.

0
loading...
The worst piece of advice ever to Trump
www.americanthinker.com
Jonah Goldberg, writing at National Review, says President Trump is guilty and should apologize.
1
Dissent
0
2 comments

Never-Trumpers and Conservative Inc. types are as useless as tits on a boar. They should be mocked and scorned until the end of time.

0
loading...
Joe Biden: Surrender Your AR-15 or Register It With the Government
www.breitbart.com
Biden's gun control plan is to pay AR-15 owners to surrender their rifles or allow them to keep the guns, as long they register them with the government.
8
Dissent
22
55 comments

Good. Now they have to put up or shut up. Even if it passes, it means the Republicans can call their own witnesses and subpoena documents. Even better, they can do all this and question witnesses in public. The odds are very, very good the Democrats will beclown themselves like they've done every time so far.

0
loading...
Republicans are worried about their worst nightmare: a 2020 wipeout - Axios
www.axios.com
This is happening before public impeachment proceedings have officially begun.
1
Dissent
37
79 comments

Wishcast harder, maybe someone will end up believing your bullshit narrative ... maybe.

Truth is that Trump is more is more popular with his base now than Obama was with his at the same time. As the election approaches and it becomes clear the Democrat nominee for the White House is going to lose in Mondale like fashion, Democrats will stay home. Trump will win by margins that would make Reagan blush, and Republicans may even re-take the House.

I look forward to all the salt mining to be done on election night and the day after. The sodium intake will be dangerously high, but damn it will be fun!

"Two 17-year-old boys accused of harassing four African-American middle schoolgirls — using racial slurs and urinating on one of the victims" .. and then " Instead of asking what the boys’ reported racial identity tells us about the nature of the attack, we should see the boys as enacting American whiteness through anti-black assault in a very traditional way. "

When the fuck did pissing on black girls become a tradition of white people? Screw this woman and her bigoted bullshit. It happened so slowly I hardly noticed when the left threw MLK in the trash and adopted Nation of Islam naked racialism in its stead.

This may be the most perfect combination of stupidity, smugness, disdain, and moral outrage ever produced by human beings. An Indian and woman sitting around talking about how awful it is that white guys aren't handing out money to wahmen, except for the good white boys who agree with them and know their place, those are the good ones.

I'm starting to have greater sympathy for the average Roman citizen (actual Romans) at the very tail end of the empire. So this is what it felt like to helplessly watch as everything your ancestors fought for and built slowly erode as you're overwhelmed by know nothing narcissists, effeminate men, an inept and rapacious government , hysterical women with over-inflated opinions of themselves, and barbarians. I think I'm going to miss indoor plumbing the most.