That would be BLM and Antifa or some other leftist group.. Conservative Christians are not immoral people unlike the left. If this news is even true.. I don't really trust a word these publishers say. They lie and lie and lie..

How about the rest of the world? I'd like to know if there is continuity, or if the jew media is driving the attacks. "The state is also considering legislation that would establish a Commission on the State of Hate, which would provide more resources to various agencies and the public, require a minimum of four community forums each year, and require comprehensive accounting of hate crime activity statewide, among other goals."

These areas demoralized and tried to defund police. While releasing violent criminals. With DA's not prosecuting violent crime. The state bureaucrats are responsible for the increased violence. Each of these decisions increased the violence and criminal behaviors in their communities.

The racial violence from black communities is surprising. The state systematically discriminated by enforcing political correctness standards that expect we all nod and treat black community like infants. Without autonomy. Needing mommy to make excuses and coddle them from accountability. Sarcastically quip that no, black people can't be racist, they're the victims here. The black community are victims, of state bureaucrats that coddle them to such a degree that developing competence has become difficult. The secret privilege is having no excuses for failure to redirect blame toward. Suck it up, learn a lesson, try again with some lessons learned. Grow to become more than an infant gripped by emotional outbursts.

Laws exist that can deal with this just fine. The racial violence continues because the state bureaucrats send the message that these targeted crimes are legal. If DA's do not enforce existing laws, then those laws do not exist. No new committee's are necessary.

Richard Bloom is exceedingly deceitful making public case for new committee's for a new grab of taxpayer dollars and new powers to throw around. It's a solution without a problem. He should be tied to his snake-oil cart and ridden out of town with the rest of the carpet baggers.

The article provides an interesting link to 'Report hate' in the city of Los Angeles.

Has the Los Angeles times published a racist article? Unfairly defamed an ethnic group? Skipped over for promotion, hiring, or even interview to favor some other racial group over your own?

Well, we've got a useful tool to mass report discrimination. Flooding that tool provides for an awkward moment as the data piles up. Makes it fun for FOIA request later. 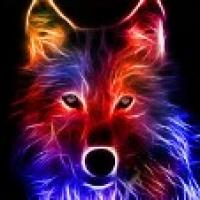 Black on Asian crime has always been a thing. 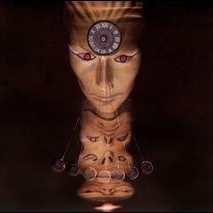