When "woke" took over the already dysfunctional military and defense contractors, it ended the will to fight to win and lead the world in weaponry tech. If "woke" continues to run things, we're all as good as dead - woke or not.

When "woke" took over the already dysfunctional military and defense contractors, it ended the will to fight to win and lead the world in tech. If "woke" continues to run things, we're all as good as dead - woke or not. 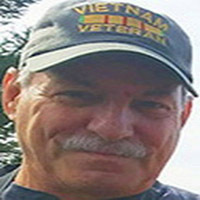 Two sources said that China could, in theory, fly the weapon over the South Pole, a region that U.S. missile defense systems lack coverage.

There you have it. Its a hoax! There is no South Pole. The earth is flat. China doesn't have brain power to produce Hi Tech stuff. What they do have is stolen and recreated.

Outer space doesn't exist so there is no low orbit. To build a weapon system that is hypersonic, have the ability fly over the earth plane in a circle and deliver a death blow to an entire city would require a missile larger than C5 galaxy military logistical aircraft. (There are no nuclear weapons). AirPLANES require refueling whilst in long periods of flight. A fuel ranged missile would be no different.

Also there is the suggestion that the missile can change its course and not be tracked, which is more bubblegum for the brain to believe and bypass a rational human being's thinking. A missile larger than C5 galaxy wouldn't have the aerodynamics to change course and outwit tracking or be invisible.

China simply doesn't have the brain power and tech to pull this off and quite frankly neither does any other nation in the world.

These elites come up with all these fear mongering ideas of fantasy conflicts and arms races and then fleece their citizens for more money and slave labor. Bogus NASA is no different. Great way to get money without tax increases. Make a disney movie production of a few men in costume suits claiming to have landed on the moon whilst the camera was there first, clicking away and recording the footage!