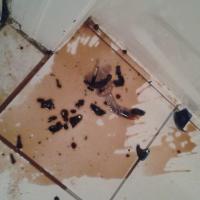 I see they changed the laws just in time to protect the muslim pedos invading your nation.

We ran a sting on 4chan, set up hundreds of honeypot facebook accounts of clearly underage girls. It took less than a day for the first dick pics from some pajeet rolled in. We handed the thousands and thousands of cases over to Facebook, the local police, and interpol. NONE wanted to touch it because they're more scared of being called racist than they are of literal children being raped.

If you don't believe it's a problem, go on Instagram now, follow some clearly underage girls and go through their images comment section. I guarantee you in seconds you will find the first inappropriate comments. Report them. Now keep that up for days, months, years. Watch the same usual suspects appear, unbanned, unsanctioned.

Meanwhile those of us who have the wrong political view are banned from all platforms. I had YouTube yeet 10 accounts, 12+ years old, 5M+ views (that made 8c because of monetization appeal tennis) and they won't tell me why ('grievous breach' on a gmail account I haven't used besides setting up 8 years ago and never using again). I get suspended routinely from Twitter, am banned from Facebook. Why? Because I have the wrong views, I am a dissenting voice. I think outrageous things, like people fucking children is wrong, that flooding European homelands with migrants is genocide, and that there are two genders.

My crimes in the eyes of the powers that be are WORSE than these child rapists. Go figure.

All we can do is keep vigilant, keep reporting, and hope one day someone holds the social media tyrants to account.

What's the bet they asked him to find a white man? As I said in my longer message, run a sting. You'll see for yourself this crime has a DEFINITIVE racial skew. The victims are predominantly white females, and the perpetrators are near exclusively non-white.