Gab is attacking the left, It's great. The left are all retarded. America is descending into a civil war as with the rest of the western countries. A place where the real right can rally would be amazing. Bring back 2005.. 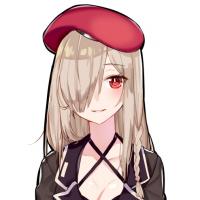 I hear you there, especially as someone who uses Gab's Dissenter. Gab is developing a similar environment that Twitter is plagued with, an echo chamber of voices that do not welcome in any diversity of viewpoints. It's almost as if Twitter dumped all of the people they kicked out of their server into an abandoned island and left them there to fester and rot. A penal colony where undesirables are sent to so that they can be forgotten as human beings, and later on removed from the planet without as much as a passing thought.

And here I am, wishing for an EMP over Silicon Valley, Portland, and Seattle.

Todor
a month ago

Gab is full of religitards - I'm saying that as a guy that likes Dissenter. Too much "Jesus is Kang" crap - talk about imaginary friends... 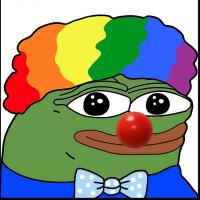 Jeremy is a hypocrite here.

DIdn't he sue someone over some slander?

Is slander law not a "but" to freedom of speech? 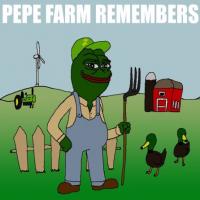 Pepe Farm Remembers
a month ago

Had to fast forward over half the video to even find out what the hell he was going on about. Then to only find out it's about Torba saying something he doesn't agree with on Twatter? Half of NeckBeard's videos are about people being spicy to him on twitter but he can't handle it when Torba does it to him. Got it.

I admit it's probably the first downvote NeckBeard has gotten from me but it was a bad enough take to make me DV on Bitchute and Youtube. Way to go J.... 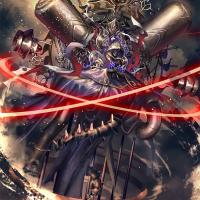 Jack Mitch
a month ago

Here's what I have to say about it: Of course that was going to happen.

Keep in mind, I'm not saying this is a bad thing. I agree with the things that Gab is doing and understand why they're doing it. In fact, I predicted this exact thing would happen. As the Left continue to errode away every possible place where people who come to Gab can gather/talk/live their lives really, this kind of sentiment will take root wherever they can find a refuge. This includes everyone, but primarily the people who the Left focus their efforts on. As in, White People, Gun Owners/Gun Rights Activist, Catholics, Straights, Males, Fathers, the list goes on. And these people gather on Gab. Normally, this would simply make Gab a place that doesn't behave like Twitter for the most part. A place where both Left Wing and Right Wing views are welcome. As long as nothing illegal is on its site, it should be fine.

And it is a place like that....but there is an issue. A problem that is/will slowly transform Gab into the "Right Wing Twitter" Jeremy is talking about here. What is it?

The fact that the Left keeps winning.

If live and let live, free market, tolerance and otherwise worked, this wouldn't happen to Gab. People would see that all they had to do was wait, and eventually the Left would die out as a fad. They would be unable to gain any real power and simply fade away. It would soon be back to business as usual.

That didn't happen. No, instead we've gotten an America that is closer to the Soviet Union than many people ever expected. And it seems like, no matter who it is, the people who should be on our side ALWAYS fall to the Left's Doctrine. The only people that don't, get "Depersoned" and have their lives ruined, even to the point of being sent to prison for simply having different opinions.

When this is the reality people that go to Gab are faced with, then eventually they will begin to act like their enemies. And, since Gab is made up of the Left's primary targets that I mentioned earlier, this takes the form of Extreme Right Wing Views and Dogma. Because they see it is as the only way forward. The only way to defeat the enemy is to become them. And, as of right now, I understand why people would feel that way. Cause in all honesty, it has become that bad.

Does that mean I agree completely with Gab becoming the "Right Wing Twitter"? No. I'd rather have a place that tries to not be Twitter and instead stays its own thing while sticking to their principles and defending Free Speech. I'm looking for a place where I can be me, have good conversations, and enjoy myself. Not a place that only allows a specific type of talk.

I am not joking.

John
a month ago

He's not wrong. If you want to argue that you personally have your shit together and like videogames fine, but this very channel covers the same kind of shit he's talking about all the time (eg the video I was linked from was about a games journo sticking a joycon in his ass). As a general statement about modern society the Gab tweets are absolutely right.