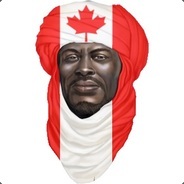 Has a smoking hot gamer girlfriend, and gets murdered by cops. (this comment gets deleted by youtube after 20 seconds)

Zeffi
a month ago

Cops really are doing everything in their power to convince us that ACAB is true.

Steve Perry
a month ago

I have been TRYING to show support for the Police since they COMPLETELY STOPPED DOING THEIR JOBS and have allowed arsonists and rioters to beat people up and even KILL people as they stood by and done NOTHING!!!

But you know........... Despite the fact that I don't think we should "ABOLISH the Police" I also DON'T THINK that every cop is a hero that should be given a pass every time they act like assassins instead of public servants!!!

Police have been #EarningTheHate for YEARS! And ALL this #BLM horsesh*t is doing is making more people BLINDLY SUPPORT THE POLICE even when they clearly are wrong OR #Murder some poor guy like this.......... who was sitting at home not bothering a soul!!!

This stuff happens EVERY DAY and SERIOUS POLICE REFORMS ARE NEEDED!!!

We do need to ban Qualified Immunity and police unions both of which allow reckless cops (Like this one) to go unpunished when they #Murder a citizen because they are little cowards!!!

Cops expect YOU to remain calm and respectful as their heavily armed a**es walk up............ But THEY cannot do the same thing when it's a citizen who is LEGALLY ARMED!!!

They kill people like this because they KNOW they WILL get away with it thanks to Qualified Immunity and police unions!!! 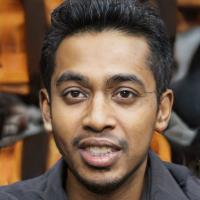 Enton Pilbentim
a month ago

this is REAL police brutality and because he isn't black, the leftist doesn't care.

my local cops stunning and brave. 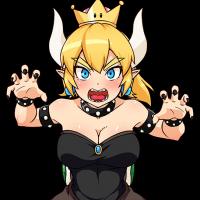 Liberty or Death!
a month ago(edited)

This is yet another example of why I can never defend the cops.

This is why I can never defend the cops.

The Neighbour needs to be charged along with the cops for manslaughter. 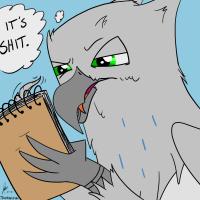 I can't find any evidence the cops will face any sort of prosecution. Their excuse is that a man opened his own door with a gun he's constitutionally allowed to have, no idea who the fuck was knocking because they didn't announce it, stood out of line of sight of the peephole, and then gunned him down from behind without a word while he was OBVIOUSLY fucking complying with orders once he realized it was the police. Then they had the fucking balls to tell the GF to calm down afterwords. Holy shit I'm upset.

All this is is another case that proves our standards for cops is way too low. There are too many cowards in the police force. Protect and serve, remember that? I want to respect officers for putting their lives on the line for people, but instead I keep seeing officers executing people out of fear for their own safety. Daniel Shaver is another clear example of police cowardice.

If you can't keep your cool under pressure, fucking resign. Do everyone a favor, including yourself. These cops are a fucking disgrace. Hurr durr I was afraid because a lawful citizen was being lawful on his own property. Get fucked.