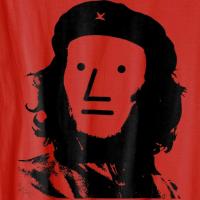 @Malice Read the book 'How the Scots Invented the Modern World' by Arthur L. Herman (Malice has had the author on the podcast),.

Also, It was mostly Presbyterians who all came from Scotland (OK some Scottish Irish Presbyterians) and the puritans from England that were instrumental in the American revolutionary war.

Scottland was a major factor in creating our modern world, small government, and liberty in the west.

See what happens when you lose your faith and you get government schools, you lose your understanding of economics, and your history. Now everything flips and your people are now voting for tyranny and socialism. I bet a lot of the things that were shut down under Margaret Thatcher were probably were justified, didn't make a lot of economic sense. Gotta love those politicians that stoke up hated and lies all for power.

Scotland's education system was funded largely back in the day by the Presbyterians church, so was their welfare program. People were highly educated back in the day, Scottland had a lot of industry, printed a lot of books.

They started off as a backwater country in the middle of nowhere in Europe, I guess they are heading back there now.

John Knox would be turning in his grave.

I love how retrospectively it is all massive.