A different Muslim tradition about Muhammad from the Chinese Sources - YouTube
www.youtube.com
Sneaker's Corner is jointly run by Mel and Murad. We also work in collaboration with Bala. Our theories are liable to be updated in light of new information,...
0
Dissent
0
3 comments
3 comments 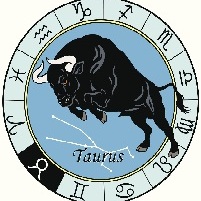 #Islam Comment from Sneaker's Corner: Regarding, "According to the sheikh of the Hui Hui, “ a saint called Ma-Ham-Ba-De (Muhammad - "馬哈姆-巴-德" according to Google Translate) was born in the nation of Mo-De-Na ( Medina ) in the first year of KaiHunag ( 581 AD) in the Sui Dynasty. He was virtuous and fair, so was invited by the king to rule the country for twenty years."

I also pointed out that "Ma-Ham-Ba-De sounds very like: bābay maḥmūḏā , ie Babai the Great, the Nestorian leader, in reverse, the great Babai, maḥmūḏā bābay – however he was born in 551, not 581 and in Nisibis, not Medina!" [But remember that a lot gets confused over 1000 years of oral history.]

I said around 15:53, that I would check afterwards if Babai ruled as a religious regent for 20 years. I checked it out. Catholicos Gregory died in 208, and Khusroe refused to appoint a new Catholicos so Babai was made a regent in the north of the country instead until his death in 628, which would be 20 years, if he was appointed that in 608 (but not if that appointment was delayed). So that strengthens the case, that the saint called Ma-Ham-Ba-De was Mahmuda Babay. He certainly was virtuous and fair, unlike the prophet armed with a sword.

#Islam A Chinese source mentions the "Nation" of Mo-De-Na ( "Modena" or "Medina"...??? ). Was this place in Arabia or was it really in Italy...??? https://www.definitions.net/definition/Modena

(anc. Mutina). A fortified city of Northern Italy, 24 miles west-northwest of Bologna, capital of the former duchy of the same name. In ancient times Mutina was an important town of Gallia Cispadana, situated on the Via Æmilia; it fell into the hands of the Romans in 218 B.C., who established a colony here thirty-five years later; in 117 B.C. the settlers were disturbed by an incursion of the Ligurians, who for a short time held possession of the town, but were ultimately expelled by Consul Claudius; it was held by M. Brutus against the victorious Pompey; sustained a siege of about four months against the troops of Mark Antony; besieged and taken by Constantine in 312; was laid waste by Attila in 452. The modern town is surrounded with walls, and defended by bastions and a citadel; was governed by the house of Este from 1288 till 1796, when the last male of that house, the reigning duke, Hercules III., was expelled by the French. By the treaty of Campo Formio the Modenese possessions were incorporated with the Cisalpine republic, 1797, and with the kingdom of Italy, 1805. The Archduke Francis of Este, son of the Archduke Ferdinand of Austria, and of Mary, the heiress of the last duke, was restored in 1814. Modena was annexed to Sardinia March 18, 1860.

纳 nà to enjoy / to accept / to receive