Soviet tactics? COVID whistleblowers suspiciously dying or deemed mentally ill
www.wnd.com
(RAIR FOUNDATION) – Italian researcher Domenico Biscardi, known for his criticism of the government’s Covid policies and investigation into the “vaccines” content, has died suddenly and suspiciously. The 53-year-old is believed to have died of a heart attack at home on the morning of January 12, 2022. However, many people, including an Italian Senator, feel…
0
Dissent
0
3 comments
3 comments 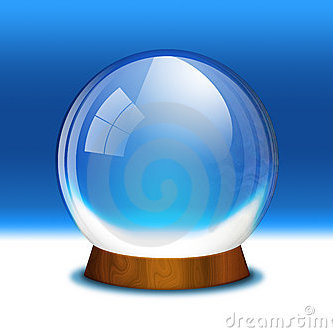 "The communist Soviet Union was notorious for gaslighting the public with propaganda that suggested anyone who defied the will of the state and who demanded freedom was “mentally ill”. The Cheka secret police and the KGB had special hospitals set aside for political dissidents called “Psikhushkas”. People of any prominence who were critical of the status quo were immediately disappeared and sent to these facilities after being accused of mental instability.

Gaslighting in China was pervasive. Any person that held the most remote belief in freedom, free markets, business, private property or anyone that had any objections to the crimes of the communists was forced to undergo a trial, a kangaroo court called a “struggle session”.

During a struggle session, a dissident was sometimes apprehended, or sometimes shamed and compelled to stand before a large crowd of true believers in the communist faith. The crowd would browbeat them with accusations of criminality and immorality, trying to convince them of the evil of their ways. If the dissident bowed and submitted to the collective, begging forgiveness, then they might be allowed to live, but they had to BELIEVE that they had sinned. They had to fully adopt the communist ideology and plead for absolution.

Gaslighting is a powerful device for subjugation because it makes good people who love freedom think they are evil people that need to be restrained. It is also a way for a corrupt system to maintain control of the general population because it normalizes psychopathic behavior and suppresses moral conscience by convincing people that morality is “relative” or a “matter of perspective”, and that some abusive and destructive behavior is “necessary” in order to achieve a better world. If you can discombobulate a population into questioning their own morality, or if you can convince them to question their own sanity, then you can prevent them from ever rebelling against you.

These are the tried and true methods of psychopaths. If you ever wonder why abused spouses or family members stay with and even defend their abusers, it is because psychopaths use gaslighting to disarm their victims. If you are crazy or subconsciously treacherous, then maybe you aren’t being abused at all. Maybe, you are being saved from yourself, and maybe society is being protected from you?

And, if you lash out and defend yourself against the abuser, now you are truly a horrible human being. You just attacked your “protector”. You are now a danger to society. You are now a terrorist. The only way to avoid being labeled a terrorist or a madman is to quietly accept the abuse."