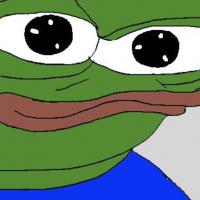 This illustrates the folly of the centrist, civ-nat position in politics. If you don't have a dog in the fight, you may as well be an ethno-nationalist because the Guardian will treat you as if you are one anyway.

And to talk about "Nazis" - a straw man if ever there was one. I realise it's still a powerful word because of our history, but who the heck is a "Nazi" in 2019? All I see are a few cosplayers and misfits, and then a huge bulk of people who just care about their own survival and well-being. Even centrist parties like UKIP get burdened with the Nazi label from the left, so it is foolish for them to use it as a point of comparison - it will only backfire on them. I notice that those on the "right" who are so keen to shout "Nazi, Nazi, Nazi" are never willing to shout about Communism in the same way, even though Communism killed more people than National Socialism ever did. Don't adopt the language of your political enemies, it will only weaken you.

And to address the question of whether I'd rather have Muslims or National Socialists living in Britain, irrespective of deeds or actions. A National Socialist cares about the survival of my people. A Muslim cares about the survival of his people. I'll pick the National Socialist, thanks (and bid the Muslim a kind-hearted farewell to live a happy life in a Muslim land). To equate the two is not only to buy into a pernicious post-war myth about the goodies and baddies in WWII (something that even mainstream writers are questioning today), it's also just virtue-signalling to a value system that ultimately regards you as valueless.

Basically, there is no point in UKIP virtue-signalling about Nazis. To the people being signalled to (e.g. Guardian writers), UKIP ARE the Nazis.