Poll: Majority approve of Trump’s coronavirus response, but more Americans say he was too slow to act - POLITICO
www.politico.com
58 percent of respondents said the president did not move quickly enough to address the pandemic.
1
Dissent
3
15 comments
15 comments Politico supports the Communist agenda. That should tell you everything you need to know.

OK, so Trump halted travel from China in early January. Media condemned him as a racist for doing this. Democrats spent that time on faux impeachment and nobody is blaming them for acting too slow, actually they ignored the virus. Good grief we sure have a bunch of idiots in this country... He was acting in January. Most Americans simply don't know that because the MSM bury that part of the story. Trump's biggest selling point to me right now is that he won't go as authoritarian as the left want him to go.

The only way you could sell me on the shit leftist Gov's are pulling is if the fatality rate was 40%+.

I find it especially amazing for Cuomo and De Blasio to talk about beds when he was leading NY as multiple hospitals went under in NYC.

Hindsight's a beautiful thing, but it's ornamental rather than useful.

Of course they only spoke with democrats .. these guys are just trying to undermine the American people and enslave us to the global oligarchs...

Trump needs to stop calling their lies "fake news" and start calling it what it is "lies" ... and it is a crime for the press to desseminate 'disinformation' we need to cut out the tongues of the liars, and remove them for their crimes.... now.

Considering the never ending smears it isn't surprising that they think he was too slow, and then there is the convenience of hindsight. it's politico. why would i believe their poll? Don't worry ! It's gona be OK. Trump says, so no reason to panic.

Jan. 24: “China has been working very hard to contain the Coronavirus. The United States greatly appreciates their efforts and transparency. It will all work out well. In particular, on behalf of the American People, I want to thank President Xi!”

Jan. 29: “Just received a briefing on the Coronavirus in China from all of our GREAT agencies, who are also working closely with China. We will continue to monitor the ongoing developments. We have the best experts anywhere in the world, and they are on top of it 24/7!”

Jan. 30: “We think we have it very well under control. We have very little problem in this country at this moment — five. And those people are all recuperating successfully. But we’re working very closely with China and other countries, and we think it’s going to have a very good ending for it. So that I can assure you.”

Feb. 2: “Well, we pretty much shut it down coming in from China. … We can’t have thousands of people coming in who may have this problem, the coronavirus. So we’re gonna see what happens, but we did shut it down, yes.”

Feb. 7: “Nothing is easy, but [Chinese President Xi Jinping] … will be successful, especially as the weather starts to warm & the virus hopefully becomes weaker, and then gone.”

Feb. 14: “We have a very small number of people in the country, right now, with it. It’s like around 12. Many of them are getting better. Some are fully recovered already. So we’re in very good shape.”

Feb. 24: “The Coronavirus is very much under control in the USA. … Stock Market starting to look very good to me!”

Feb. 25: “CDC and my Administration are doing a GREAT job of handling Coronavirus, including the very early closing of our borders to certain areas of the world.”

Feb. 26: “Because of all we’ve done, the risk to the American people remains very low. … When you have 15 people, and the 15 within a couple of days is going to be down to close to zero. That’s a pretty good job we’ve done."

Feb. 27: “Only a very small number in U.S., & China numbers look to be going down. All countries working well together!”

Feb. 28: “I think it’s really going well. We did something very fortunate: we closed up to certain areas of the world very, very early — far earlier than we were supposed to. I took a lot of heat for doing it. It turned out to be the right move, and we only have 15 people and they are getting better, and hopefully they’re all better. There’s one who is quite sick, but maybe he’s gonna be fine. … We’re prepared for the worst, but we think we’re going to be very fortunate."

Feb. 29: “We’re the number-one travel destination anywhere in the world, yet we have far fewer cases of the disease than even countries with much less travel or a much smaller population.”

March 4: “Some people will have this at a very light level and won’t even go to a doctor or hospital, and they’ll get better. There are many people like that.”

March 7: “It came out of China, and we heard about it. And made a good move: We closed it down; we stopped it. Otherwise — the head of CDC said last night that you would have thousands of more problems if we didn’t shut it down very early. That was a very early shutdown, which is something we got right."

March 10: “As you know, it’s about 600 cases, it’s about 26 deaths, within our country. And had we not acted quickly, that number would have been substantially more.”

March 10: “And it hit the world. And we’re prepared, and we’re doing a great job with it. And it will go away. Just stay calm. It will go away.”

March 11: “I think we’re going to get through it very well.”

March 12: “It’s going to go away. ... The United States, because of what I did and what the administration did with China, we have 32 deaths at this point … when you look at the kind of numbers that you’re seeing coming out of other countries, it’s pretty amazing when you think of it.”

March 13: Says Food and Drug Administration “will bring, additionally, 1.4 million tests on board next week and 5 million within a month. I doubt we’ll need anywhere near that.”

March 14: “We’re using the full power of the federal government to defeat the virus, and that’s what we’ve been doing.” Also retweeted supporter Candace Owens who cited “good news” on coronavirus, including that, “Italy is hit hard, experts say, because they have the oldest population in Europe (average age of those that have died is 81).”

March 15: “This is a very contagious virus. It’s incredible. But it’s something that we have tremendous control over.” 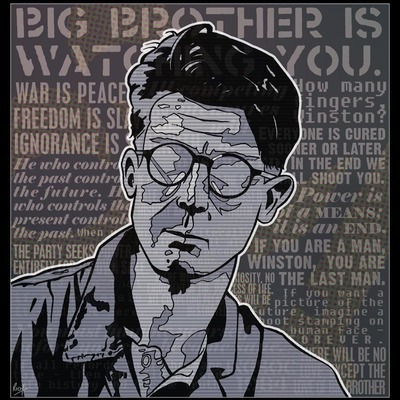 In other words, Trump is doing a great job but still 'Orange Man Bad'.