They'll be on their own! NO ONE ELSE has any plans of calling these POS ANYTHING but ILLEGAL ALIENS!!!!

Call them what they are "INVADERS", in this Biden Regime wicked work of iniquity, invited tsunami of lawlessness invasion.

ILLEGAL ALIENS, or if you want another term try 'foreign invaders'.

According to the Center for Immigration Studies’ Robert Law, USCIS is continuing to purge the term “alien” — which is used more than 1,700 times in its manual — from the agency’s website.

Apparently, this is quite a labor-intensive task, as USCIS is still making updates 10 months later. Just this week alone, USCIS swapped “alien” for “noncitizen” on the following webpages:

Immigration rights activists take part in a rally in front of the US Supreme Court in Washington, DC on November 12, 2019. (MANDEL NGAN/AFP via Getty Images)

The term “alien” is regularly used as a legal definition to describe a foreign national in the United States. The Immigration and Nationality Act (INA) codified the term in law and defines it as “any person not a citizen or national of the United States.”] 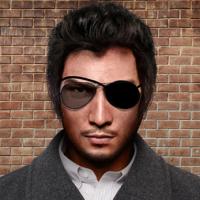 Real citizens need to hunt down all illegal alien scum, hang them all along the border as a warning to the rest of the sub-human scum.