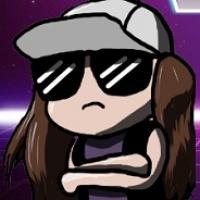 Erin the Angry
9 months ago

how fucking retarded can one mother fucker be?

Like when they brought electric cars to the climate conference, but it was in the country and there was NO FUCKING INFRASTRUCTURE to support them so they ended up charging the ELECTRIC CARS with DIESEL generators? 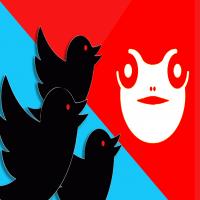 What can one expect from an effeminate, unqualified, little Marxist turd, trying to force green energy solutions which aren't ready for prime time. I expect the economy to comer to a grinding halt with limited availability of gas at $10/gallon and up.

Which would leave them most vulnerable to getting stranded when their POS electric vehicle runs out of power!!!

Urbanites should pay more for the food they eat because they eat most of it.

"bad news is that lithium batteries are very easy to damage if they are charged at temperatures below 32F (0C). A phenomenon known as lithium plating can occur during the charging process. The cold causes lithium to collect on the surface of the graphite anode as opposed to being absorbed by it. Once this happens, it is irreversible. A battery can be permanently ruined by charging it cold even one time." -- offgridham.com/2019/12/cold-weather-batteries

Where are the charging stations for the suburban and rural people? I live in the suburbs and aside from the place where I used to go in to work which had 4 plugs and the Kroger which has 2 I have not seen any. I have never came across a commercial Tesla rapid charging station. I imagine it is even worse in a rural area. Granted you can plug in at home but I still question the wisdom of the limited range before needing to charge an electric vehicle. I never understood how people could live with that massive drawback versus an ICE vehicle where when you are running low on gas you pull into the nearest gas station, fuel up and in minutes you are on your way. I understand it takes over an hour to charge an electric vehicle.

Fags should not be allowed to possess children.

Tell that to the farmers.

Peculiar Pete and all self-serving, deceiving, death dabblers in all parties need to work from home to reduce fuel consumption. And have zero polluting security. Proving they are as tough and brave as they say, while reducing pollution.

They could also get rid of a large amount of pollution government does by closing the corrupt and highly polluting massive IRS. Switching to a low polluting flat tax collected same time as sales tax. A flat tax reduces crime also. Crime fuels pollution in many ways broadly and deeply.

Also, please tell Peculiar Pete that governments, collectively, as a global conglomerate, is the biggest polluting conglomerate in the world.

Endlessly and gradually governmentS take some taxes from employers and from the paychecks of employees. All businesses pollute, a little to a lot.

Then governments spend the taxes taken. Companies that are given taxes to provide products and services for government pollute from a little to a lot. Taking taxes pollutes and then spending taxes can’t be done without polluting.

Another pollution truth NOT told by the leaders, if all humans in the world died this minute pollution would continue for centuries as all that humans have put under, on and above earth age, degrade, collapse and leach into the soil and water.

The one world order with one ruler must get the global population down to manageable level, say a billion. And that slows pollution bigly, grows control (slavery). That is their real pollution reduction plan.