The complaint about women registering for the draft is absurd. Prove to me there is any difference between our sons and daughters on this. And explain why women should not be drafted.

[2) Don't force women into combat: In addition, voting for this NDAA would be a vote to force all women, some of whom have no interest in the military, especially in combat roles, to register for Selective Service. ] 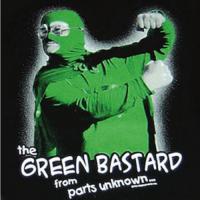 More smoke and mirrors and woke bullshit, selective service for women? Who the fuck cares, compared to the gun grab that is being pushed through with the very same NDAA?

Oh you didn't hear about that portion of the NDAA? Red Flag Confiscation provisions, what, that's news to you? Don't worry about it, protect the wahmen.

This language would create a Military Court GCO program—a disgusting violation of the Second, Fourth, Fifth, and Fourteenth Amendment rights of our armed service personnel who offer their lives to defend those same constitutional rights every day.

These proposed Military Court Gun Confiscation Orders could be “issued on an ex parte basis” and therefore would “restrain a person from possessing, receiving, or otherwise accessing a firearm” without constitutional Due Process (SEC. 529’s proposed §1567b(j)(1)(A)).

In fact, the emergency Military Court GCOs are explicitly exempted from the “Protection of Due Process” provided for in SEC. 529’s proposed §1567b(h)(1).

Again, this is just the foot in the door. If Nancy Pelosi gets this into the military code, then it becomes the “precedent” for enforcing gun confiscation against the rest of the population. Seizing firearms first and “getting the Due Process later” will never constitute sufficient Due Process, no matter how much anti-gunners may pretend it does."