Santa Fe DA Warns 'Criminally Culpable' Charge Still Possible in 'Rust' Shooting After Alec Baldwin ABC Interview
www.breitbart.com
During his sit-down interview with George Stephanopoulos this past Thursday, actor Alec Baldwin said it is "highly unlikely" he will face criminal charges over the death of cinematographer Halyna Hutchins; the district attorney, however, has not ruled those charges out.
0
Dissent
0
15 comments
15 comments

Still? Possible? How about his version of events show neglegence at the very least. He pointed the gun at her, and was clearly not interested in any safety standards. For anyone else in normal-land that would be an involuntary manslaughter or even a little worse.

There are other ways to fire a revolver which have nothing to do with the trigger. YOU CHECK THE DAMN GUN IF YOU ARE GOING TO POINT IT AT SOMEONE! I don't care who handed it to you or what they said. This is someone's life we are talking about here. For the record, I do not condone pointing any gun at anyone. If you are going to do it on a movie set, shouldn't it be pointed at another actor during a scene, not at an off stage employee during a rehersal.

Baldwin is a professional liar, and a con, he's attempting to literally get away with murder so that he can profit from it later when the movie comes out. Flaunting his privileged Rich Elite Class status, and the doubled standard legal system that's biased towards his class, bribes, corrupt Judges and lawyers to impress upon everyone his ability to game the system where many rich of our society worship "Craftiness, and Cunning". Justice no longer has a blindfold on, and he will succeed in snowing people with his cry baby shenanigans into getting the lightest sentence imaginable. Don't be fooled by his corporate media rich friends play on feelings, that's what he's counting on, it's just a publicity stunt to him, but death to an actress that he cocked a loaded weapon, pointed it directly at her, and pulled the trigger murdering her.

I remember when Paris Hilton went to jail and I felt for fully half a day that there was justice in the world.

I need another hit of that.

He carelessly pointed a real firearm with out checking it at someone, pulled the trigger, and killed them. He is liable for manslaughter at least. If any one else had done it, they would of already been charged.

He carelessly pointed a real firearm at someone, pulled the trigger, and killed them. He is liable for manslaughter at least. If any one else had don it, they would of already been charged. 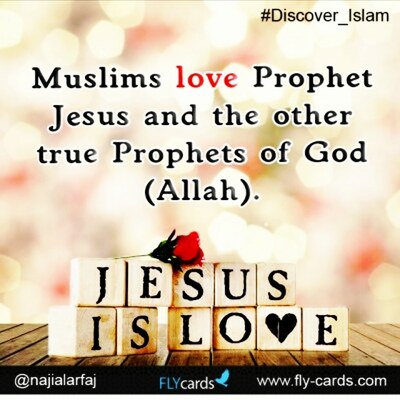 what is islam
2 months ago

I'M Muslim and I call on people to return to Islam.

You find everything you want to know about Islam.

I wish you a happy life.... Thank you

Islam is not just another religion.

It is the same message preached by Moses, Jesus and Abraham.

Islam literally means ‘submission to God’ and it teaches us to have a direct relationship with God.

It reminds us that since God created us, no one should be worshipped except God alone.

It also teaches that God is nothing like a human being or like anything that we can imagine.

The concept of God is summarized in the Quran as:

Becoming a Muslim is not turning your back to Jesus.

Rather it’s going back to the original teachings of Jesus and obeying him.

THE RETURN OF JESUS

THE MEANING OF LIFE "SPOKEN WORD"

If we would like to know if a religion is true or false, we should not depend on our emotions, feelings, or traditions.

Rather, we should depend on our reason and intellect.

When God sent the prophets, He supported them with miracles and evidence which proved that they were truly prophets sent by God and hence that the religion they came with is true.

This website answers some important questions which some people ask:

1 - Is the Quran truly the literal word of God, revealed by Him?

2 - Is Muhammad truly a prophet sent by God?

3 - Is Islam truly a religion from God?

Some Evidence for the Truth of Islam