The Impending White Genocide In America – Linkyou
linkyou.blog
Recently, a White guy in America shot up an Insectoid “Happy-Ending” Parlor. The FBI themselves said the attack was not racially-motivated. That has not stopped the media and Insectoids of America blaming “White Supremacy”, even as blacks attack them. Having fun being “honorary Aryans”, Asians?I actually hate Insectoids more than most of the other races, to be honest. These people have more hubris and engage in more complex schemes to undermine us than anyone else; they are second only to the Jews in this regard. These people are trying to jump on the “Critical Race Theory” bandwagon, but I think it’s going to backfire on them spectacularly. They are the highest-earning ethnic group in America right now and they will find no sympathy from the hispanics and blacks they’re trying to ally with. On the intersectional hierarchy, they will be last to benefit and first to be taken from. The Schadenfreude I will experience as that happens will be immeasurable. About a week after the shooting, which killed 6 bugs and 2 Whites, some variant of Sand person Allahu Ackbar’d a supermarket in Colorado, killing 10 White people. All of his victims were White. You’ll be shocked to know this woman is JewishThe above was, as expected, the sentiment of every anti-White mouthpiece on the internet and media. They’re all in that it’s another “White supremacist terrorist”, one guy on Twitter even “bet his salary” but suddenly demand we pay no mind to the killer when it turns out it was a diverse individual, if they say anything further at all. Just as they say nothing about the THOUSANDS of White ...
0
Dissent
0
13 comments
13 comments

ragingpatriotgroyper ✝️
a month ago

Ludwig
a month ago

Oh yeah welcome to the Jewish States of America yet it seems conservatives are in love with jews and israel hence asking for they own demise. Nothing is here ladies and gents 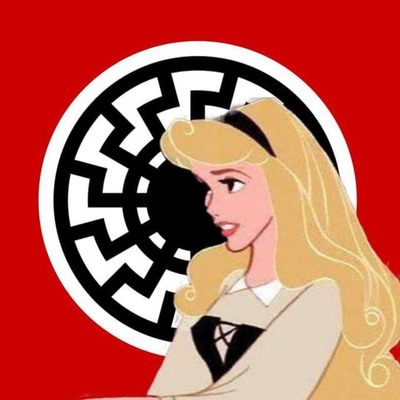 Holyphonic
a month ago

These are dramatically worse numbers and situations than even South Africa, no one is taking it seriously, and the fact is — it’s passed time to turn the ship around.

Would certainly be ironic if for all their bitching about Trump being Orange Hitler Kamaltoe ends up erecting concentration camps for whites. A bit of dark humor I suppose.

In the 4th century Anno Domini nostri Jesu Christi, Armenia was the first nation in history to make Christianity it's official religion. The Ottoman Empire began, where journalist's first coined the term "Genocide", on April 24, 1915 a deadly assault on the Christian people, men, women, and children of Armenia (well documented) that resulted in 2.5 million deaths, leaving only the Muslims in control of Armenia. Muslim's will tell you that it didn't happen, but the documented proof and the displaced Armenian Communities' around the world bear witness to the facts.

Between 1941 and 1945 Hitler and the NAZI's killed well over 6 million Jews and other dissidents (well documented) in the Holocaust. NAZI's and Muslim's claim it didn't happen, but those of us that haven't fallen prey to the their brainwashing, propaganda know the facts.

The indigenous peoples of America suffered a similar fate under the auspices of United State's "Manifest Destiny" doctrine, where previously just the inadvertent deaths of millions of the Indian Tribe's people, because of the diseases brought by the European settlers that the native populace had no immunities to resulted in millions of deaths and massive depopulation.

Whatever your color or ethnic group is, attacking another group on that basis has a very, very deadly result to ALL colors. Spanish philosopher George Santayana is credited with the aphorism, “Those who cannot remember the past are condemned to repeat it,” while British statesman Winston Churchill wrote, “Those that fail to learn from history are doomed to repeat it.” 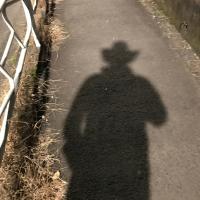 Why is this racist BS on GAB Trends? You're a pathetic incel, probably like the dude who shot up the spa's. You love Asian women, but they reject you. You're a coward.