The Fed's Cure Risks Being Worse Than the Disease
finance.yahoo.com
(Bloomberg Opinion) -- The economic debate of the day centers on whether the cure of an economic shutdown is worse than the disease of the virus.  Similarly, we need to ask if the cure of the Federal Reserve getting so deeply into corporate bonds, asset-backed securities, commercial paper, and exchange-traded
0
Dissent
0
5 comments
5 comments

"In effect, the Fed is giving the Treasury access to its printing press."

Yes, but this article misses the point. The root of the problem is that Congress long ago abdicated their power to a private entity -- the Fed. Article 1 section 8, clause 5 of the Constitution says Congress shall have the power "‘to coin money, regulate the value thereof..."

So wtf did they ever abdicate this power and create the Federal Reserve?

Answer: because Congress is weak and corrupt, cares only about themselves, and so does not want to have responsibility for any important decisions. It is the same reason that they gave up their sole power to declare war, in favor of bullshit like the "War Powers Act," the very existence of (or use of) which indicates that the Executive branch has already exceeded its authority by going to war without a declaration.

The list of iniquities, corruptions, lies and grievances is long. I have begun to believe that we cannot reform our government. Incremental change will not be enough. We must start over. We need revolution, not reform. The Constitution allows for a Constitutional convention to be called by "application of legislatures of two thirds of the states." At that convention, we start from scratch. We assume nothing: no civil rights, no bill of rights, no nothing. We make the country over from nothing.

And if we cannot agree on how to live together, then we must live apart. The people must be governed by their own consent or else they are slaves. And if they cannot all consent to the same government, then perhaps they will instead decide to form several governments, several nations... after all, America as it exists today does not constitute a "nation," and that is among the severest of its problems. 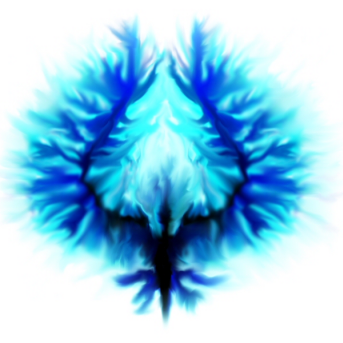 I’ve read the net worth of the largest banking families that control the federal reserve is around 2 trillion dollars. The same amount in the latest stimulus bill. And with the fed at zero or negative interest rates, those bankers are now the ones losing money.

So if President Trump has essential nationalized the Federal Reserve, he’s nationalized the debt. Buy up everything that you can of real value while the money is worth something. Then default on the national debt, and forgive all debt owed to banks, thereby sticking it to the private bankers.

I can’t help but think of the final scene in the movie Trading Places where the Duke brothers were wiped out. Randolph Duke was clutching his chest as he was having a heart attack, Mortimer Duke yelled “Fuck him! And was screaming “Turn those machines back on!”