Ed Opinion is discussing:
Matt Gaetz, again, says he'll nominate Trump for SPEAKER!
www.wnd.com
Matt Gaetz, the firebrand Republican representative from Florida, says he will definitely nominate President Donald Trump for speaker of the House in 2023 – possibly handing him the White House for six more years. He made the announcement at Saturday night's rally in Georgia spontaneously, saying. "Give us the ability to fire Nancy Pelosi, take…
1
Dissent
0
16 comments 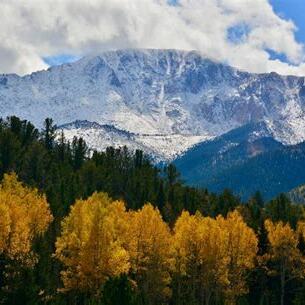 SPEAKER is not really the line of succession unless both POTUS & V-POTUS die.

If only the POTUS is removed (impeached / dies / 25th) then the V-P becomes POTUS & they choose a new V-P (with congressional approval / vote).

That is how I understand it...

Trump can't impeach his way to POTUS if he became SPEAKER - which itself - is a total Hail Mary / long shot... and maybe they are thinking they can impeach BOTH Biden & Harris simultaniously which could promote the SPEAKER to POTUS - but like I said - that's a LONG SHOT!

"The Speaker of the House ascending to the presidency has reference only to an emergency of some sort that either removed both the POTUS and VPOTUS simultaneously, or due to some circumstance in which they were both incapable of performing the duties of their offices.

Anything else, including an orderly removal of the President, brings the VP to the presidency. Once the VP is sworn in as POTUS, the new president selects another VPOTUS, after which that selection must be approved by a simple majority in both chambers of the Congress. There is no situation in which the Speaker of the House becomes the Vice President unless the President were to select the Speaker for the office of VP and the Speaker was approved by the Congress."