Polar Girl is discussing:
Family of Trump Supporter Murdered By Antifa Militant Files Lawsuit Against Portland City, Mayor, and DA
www.thegatewaypundit.com
The estate of Aaron ‘Jay’ Danielson, who was murdered by Antifa militant Michael Reinoehl following a pro-Trump rally, has filed a lawsuit against the city of Portland, the mayor and the county district attorney for negligence. The suit was filed in federal court on Friday and argues that Danielson would still be alive if the…
4
Dissent
0
7 comments 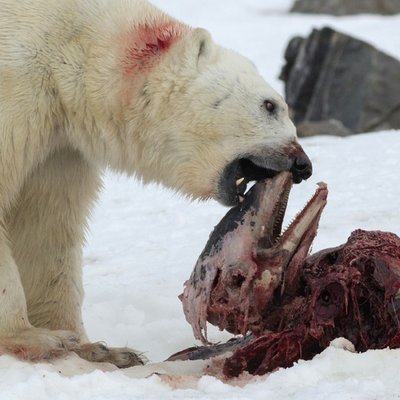 It was right after this event that Portland's trust fund baby mayor (Ted Wheeler) and the rest of the Democrat establishment called "Blue MAGA" by those that hate them from the left turned on Antifa.

Unlike most of Antifa, who are a bunch of naive ignoramuses as to what the movement was about, Michael Reinoehl was an accelerationist who not only knew exactly what he was doing and why but even pointed out the naivety of most of Antifa in his blogs and recommended those that just like to go to protests but aren't up for violence stay out of it for the next stage. He knew the DNC were using Antifa for their own gains so he was hoping to change that by becoming a martyr on the left and has mostly succeeded.

Choosing a few miles west of Olympia to have his martyrdom last stand is just way too practical to be by chance. If anywhere would do, then he would have did it in Portland, Oregon saving him the time. If he simply wanted to take out as many police as he could before going out rather than this being political; Mount Hood, where he used to train as an Olympic skier hence would have had superior terrain knowledge than police, would have been the ideal choice. He obviously wanted to avoid Oregon but why? My best guess is too many Rose City Antifa might mistakenly assume the Democrat Party issue is local. Vancouver, WA is on the other side of the Columbia River but it is still too local to both Rose City Antifa and police. Olympia is the closest Antifa chapter outside of Oregon (Salem, OR is closer) that is separate from the Rose City chapter. It probably was by chance that it was just outside of Olympia rather than in it but that does have the convenience of having a much smaller police force with no hostage or active shooter training being forced to respond.

The whole thing could and maybe was just by convenience chance but I can't ignore the practical benefits that his choice had even if that is the case. He did succeed to a large extent in pitting Antifa against the DNC so I'll give him credit for that.

As a bonus, Antifa candidate for mayor (Sarah Iannarone) lost to Ted Wheeler by only five points when polls stated she'd lose by 30 shortly after this event. Oregon is a mail-in ballot-only state so election fraud possibilities just like Bernie Sanders in 2016 and Trump in 2020 to add resent fuel to the fire.

Democracy is supposed to represent the jurisdiction of the voters. As scummy as Antifa is, an openly Antifa candidate for mayor is far more representative of Portland Oregon voters than a trust fund baby from Oregon's oldest money family who probably had the election rigged to be reelected.

Even Washington, DC was allowed to have someone controversial but accurately representative of them recently elected to a Ward-7 seat. Since DC allows inmates to vote, a drug dealer up soon for parole on a murder charge managed to convince 47 inmates to vote for him to get that seat almost no one turns out to vote for. A drug dealer who kills the competition to keep the voters supplied is what accurately passes for local leadership in DC. Even it's former mayor was filmed smoking crack decades back.