Infamous_Keny is discussing:
Ted Nugent: 'You Pearl Harbor me, I Nagasaki you'
www.wnd.com
American rock star Ted Nugent won’t let any government keep him or his guns in a stranglehold.
2
Dissent
0
10 comments 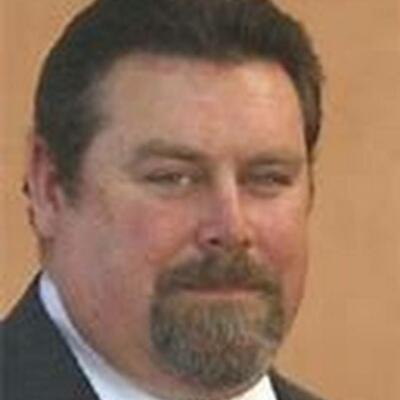 SHARING the TRUTH ... 2nd Amendment is ALIVE and WELL ... "Guns" never Regulated, Only "FIREARMS" ... the Term FIREARM was CREATED and DEFINED by Congress (9th Congress, I think) and very carefully delineated from ARMS protected by 2nd Amendment;

DON'T TAKE MY WORD FOR THIS - GO TO NATIONAL ARCHIVES (Pennsylvania Ave, district of Columbia) AND LOOK IT UP YOURSELF IN THE HANDWRITTEN, ON PARCHMENT, JOURNALS OF CONGRESS (House & Senate):

Congress was faced with serious challenges in the newly acquired "Louisiana Purchase" /Wild - Wild - Wild - west by landowners hiring band of PAID, For Hire, Murderers /Assassins and in discussions the 2nd Amendment kept coming up relating to Regulating /Controlling these Murder for Hire individuals and groups ... after extensive discussion, several members of Congress spoke to Grandpa /Great-Grandpa /uncles and other relatives present at the Founding of the Nation and writing of the Constitution, and particularly the 2nd amendment and were assured that the founders never intended the 2nd to protect "Murder for Hire";

After more discussion, it was decided and ENACTED, to Create a New Word, "FIREARM" carefully defined (legislative intent) as applicable to ONLY "Guns" used, or intended to be used, for Murder for Hire and carefully delineated from the Arms Protected by the 2nd which were (legislative intent) Guns and other weapons used, intended for use, in DEFENSE OF THE MAN, THE FAMILY, AND /OR THE NATION;

I did have Pictures of the relevant parts of the Original Parchment Journals (stumbled on the FIREARM info while researching something else) but they were STOLEN by Deep State Operatives when I was Kidnapped (Home-Office Invasion Robbery) and subsequently Tortured for 7.5 yers in an effort to keep me from sharing this, and other, Law and the Lawful Procedures to Use it, with People like YOU!!! (they also gave me Bad Medicine that caused the bone marrow in my lower legs to dies AND the cells in my lower legs to literally RUPTURE within my legs (PAIN EXTREME) and ultimately led to double amputations (and at locations that don't exist on paper, but called by the Victims there "Gitmo North" ... But I have a CONTRACT with GOD ALMIGHTY (since I was 21 years old and exposed to the Corruption at the highest levels on Washington state as a Special Deputy Sheriff, Thurston county (Olympia, Washington) and for 2 weeks Acting Inspector (Insp. was on vacation) and my duties were inclusive of sitting in on (3 of) those "Smokey - Back-Room - Meetings" with lobbyists & Legislators, pushing three 'Bills', two ADMITTED by Lobbyists as Facially Unconstitutional on the premise "Pass them anyway and they're considered Constitutional unless /until court of Record declares them unconstitutional, and if someone knows the Law and Procedure to get them declared unconstitutional, their case can be dismissed for other reasons so a court never gets a chance to rule on them"; BOTH PASSED in the 1977 Washington Legislative 'Exra-session', and are STILL ON THE BOOKS TODAY!!! I went home and Promised (CONTRACT with) GOD ALMIGHTY that if He would help me learn that Law and Procedure, I would LEARN it, LIVE it, and TEACH it the rest of my life, no matter what ... WOW ... When GOD ALMIGHTY is your Law Professor, YOU LEARN STUFF!!!