censorship bites is discussing:
Opinion | America the Hot Mess - The New York Times
www.nytimes.com
Yet, if you look again, you find a durable past that may just save us yet.
0
Dissent
4
12 comments 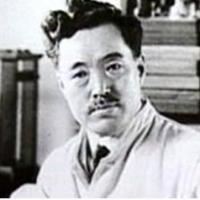 the American experiment, a nation that is not an ethnic, racial or religious state but an idea

The 1790 Naturalization Act grants citizenship to white persons of “good moral character”; as of 1776, voting rights are given to white men who own property, excluding Catholics, Jews, and Quakers. This remains the norm for 60-70 yrs, until states gradually drop the property req (nothing about the race one). The US was nominally a "white country" for half its history, though there's a fair bit of mixing on the frontiers, in the West, and in the Southwest ("Yellow Rose of Texas"). And before anyone brings up the inane bumper sticker claim that "The US is a nation of immigrants" or the Lazarus poem, let's recall that the Ellis Island phase of permitted mass immigration only lasted from 1892 till the Emergency Quota Act of 1921 and the Immigration Act of 1924.

Did heritage contribute nothing to the success of the American experiment? If the Founding Fathers were Chinese or Spanish (both highly advanced cultures around the time), would they have devised the same form of govt? If not, then the US is not merely a "creedal" or "propositional" nation but also a direct result of its heritage/lineage. Denying that fact is ahistorical and disingenuous.