tz is discussing:
Christian Supporters of Trump, the President Can Defend Himself | The Stream
stream.org
Christian supporters of Trump have progressed from appalled to cautious to defending him constantly. There's good reason for this, but we need to be careful.
0
Dissent
0
2 comments 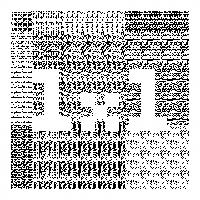 A second example of Christians defending the indefensible was just after 9/11. Most defended many if not all of the following, which are far worse than anything Trump has done either personally or as policy:

24 was very popular, and some cheered and made excuses for torture and Abu Gharib - even after those horrifying pictures came out. As well as the destruction which Christians should consider war crimes, and "nation building" which is a priory an unjust war.

And Real-ID, Biometrics, and the NSA getting all our data.

We will probably take the Mark of the Beast, as long as it stops terrorism, fraud, human trafficking, and child pornography - the chip in your palm or forehead? Well, it is the patriotic thing to do!