Guntars is discussing:
FACT CHECK: Were Nazis Socialists?
www.snopes.com
We look into the burning (at least for some) question of whether members of the National German Socialist Workers' Party were accurately classified as "socialists".
0
Dissent
4
12 comments 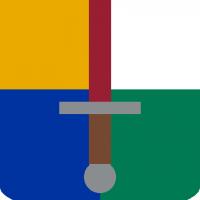 The reason the nazi party was called the National Socialists German Workers party is;

Nationalits because they wanted what is best for their nation,

Socialists because they wanted what is best for their society,

German because they where german,

Workers because they needed the workers support.

"A socialist is one who serves the common good without giving up his individuality or personality or the product of his personal efficiency. Our adopted term "Socialist" has nothing to do with Marxian Socialism. Marxism is anti-property; true socialism is not. Marxism places no value on the individual, or individual effort; or efficiency; true Socialism values the individual and encourages him in individual efficiency, at the same time holding that his intrests as an individual must be in consonance with those in the community. All grate invencions, discoveries, achievments where first the product of an individual brain. It is charged against me that I am against property, that I am an atheist. Bough charges are false." - A. Hitler.

In his own speech Hittler said that he wanted to wage war on everyone on the laber unions and on the capital owners, on the freedom of germans and their subjigators, on the the government and on the anarchy, on the church and on atheism, ..... ect. ect. He said he was waging war on everything so finding a qote of him saying he fough the same enemies as leftists does not prove he was a leftis. He fought everyone because he wanted to make the world the way he wanted it to be and almost nothing was the way he wanted it to be.