Daniel Brenninkmeijer is discussing:
Pope Francis Calls for ‘Antidote’ to Populism | Breitbart
www.breitbart.com
Pope Francis has confirmed his role as the anti-populist pope, writing that organized citizens in action are the “antidote to populism.”
1
Dissent
0
35 comments 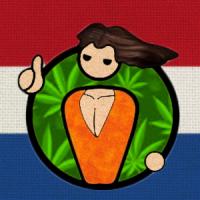 How about an antidote to pedophilia instead?

I mean this dude was literally chosen from a group of Cardinals, the vast majority of which have been accused of child sex offenses, yet he still thinks his opinion on anything matters.

I would say maybe you should get your own house in order, but to do that you'd have to get rid of every single Cardinal and their replacements at least 3 levels down, as well as yourself, completely condemn pedophilia and stop pretending it's a temporary affliction that can be cured with exorcism, stop smuggling and hiding pedos in Argentina before they can face justice, and a fuck ton more.

You can hand out gold bricks to the homeless for all I care, the fact that you're all pedos overwrites any good you could possibly do.

You are NOT a moral figure...you are EVIL.