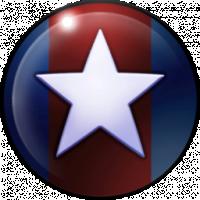 "Authoritative Voices" "Trusted Creators" This is mealy-mouth fucktwaddle for "Big Media". Basically, they're going to ditch all the creators that actually made them the dominant force in this market. All that'll be left are pointless little nothings who align with their coastal elite ideology and Big Media. And they'll do their best to crowd out any competition at all. Gab, SubscribeStar, etc. They'll go after hosts, payment processors, DNS/Domain Name providers. Hell, the fuckers will even doxx and physically attack.

They'll do it simply because you don't "fit" into their elitists bullshit worldview.

And that goes for the dumbfuck Lefties as well!

If you're a YouTube content creator, do yourself a MASSIVE favor. Start diversifying NOW. Don't wait until they bend you over and impale you.

Get yourself in a position where you DON'T depend on these fuckwads for everything. Multiple platforms for videos, podcasts, donations, merch, etc.

Don't gives ANYONE a singular target to go after to make you "go away".

Hell, this is why Crowder isn't packing up and going home! His silly little "Mug Club" is what pays his bills. Sure, the ad revenue loss sucks. But it didn't kill him. Or even set him back! And he's already sic'ed his lawyer on them. Can YOU do that yet?