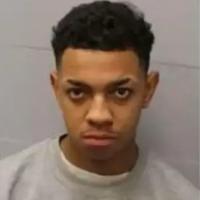 A Londoner
4 years ago

ContraPoints is a fake Youtuber who is terrible at arguments and debates, He has to make flashy Youtube vids with silly titles to get views.

If you look at his Incels video, he doesn't explain the Incel issue and how to overcome it, he just says that Incels are wrong etc etc, and barely looks at the other side of the argument to please his fan base.

He regularly deletes his secret livestreams so that he cant get outflanked, I mean, owned when someone decides to make a video destroying his points, because usually, Natalie decides to talk about suicide and depression in his livestream (I guess that shows that being trans isnt the cure).

He also regularly has sex with known Tranny Enthusiast - Philosophy Tube. Why am I making that point? Well:

2) It shows that they both have no self control. If you are trying to bounce off someone else and you both are in the same sort of business and have the same friendship circles, why have sex to potentially ruin it. Ideally you'd want to have sex with someone outside of your work and friendship circles so that if things go tits up then there is little risk of collateral damage - But leftists don't think...